A Brief History of Lie Detection

The mechanizations of occasional (vs. pathological) lying are ostensibly simple - be confident, creative, and don't do anything brash. 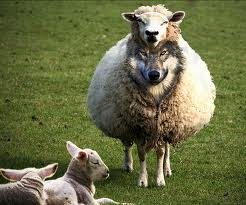 If you can follow these simple rules, it seems easy to be a successful liar. But as long as there have been liars, there have been those working equally as hard to expose them.  Lie detection has a robust history within multiple social and cultural contexts. In India, 2,000 years ago, a potential liar was told to place a grain of rice in his mouth, and chew. If he was able to spit out the rice, he was telling the truth. If he could not, fear of being caught had clearly parched his throat, and his deceit was confirmed. Medieval trials had the "swimming the witch" events parodied by Monty Python:  if she drowns, she is innocent, and she lives, she is a witch (so kill her). In 1730, British novelist Daniel Defoe wrote an essay entitled, "An Effectual Scheme for the Immediate Preventing of Street Robberies and Suppressing all Other Disorders of the Night" wherein he put forth that taking the pulse of a suspicious fellow was sufficient for outing a liar. In later Victorian England, phrenology and psychology joined together to detect liars by measuring "bumps" on a person's skull.  In the early 20th century in the United States, truth serums - barbiturates including scopolamine, sodium amytal and sodium pentothal - were given to suspects in the hope that drugs would rewire the brain, rendering suspects incapable of telling a lie. Often the result was drug-addled gibberish. In 1963 the US Supreme Court declared "serum-induced confession" to be a form of torture, and the practice was ruled unconstitutional.

Recent trends in lie detection see it swinging back to what interrogators call the "cognitive interview;" though it is a complex science, we are watching once again for a shifty eye, a blushing cheek.  We are relying heavily on visual and verbal cues, depending on humans to make the call.  One can only imagine that emotion and subjectivity might slip in, on either side.

The history of lie detection is peppered with sci-fi worthy themes - our reliance on machinery or drugs to extract "truth" from inside our brains, our assumption that there is permanence within what we call "memory," and that what is embedded in there is ours alone, not to be tampered with.  Behind it all is a litany of psychological features, too -  language choice, world perception, concepts of what constitutes agreement or disagreement - these need to be parsed out as well.

There are troubled waters between here and the truth, especially when a verdict is on the line.  We'll dig deeper in coming posts. In the meantime... we'd like to gift you some tips on how to pass your next polygraph.

Stay tuned and/or send us a line...oslabwest@gmail.com.

Posted by armchairgalactic at 2:08 PM