Up from the Basement: A Shark, and Socrates

"Klaus Pichler was walking home late one night when he noticed a light on in the basement of Vienna's Natural History Museum. What he saw inside..." 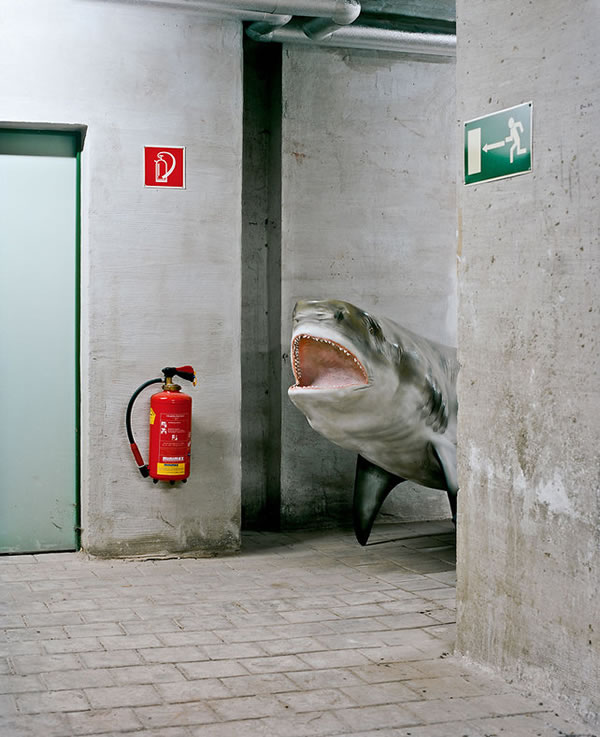 ...is documented in his Skeletons in the Closet. Pichler was given permission to photograph the corridors and closed off rooms of one of the oldest, largest history museums in the world. There he found a mesmerizing display, with a bloody, colonialist history. Specimens long since pillaged from other collections or plucked from the wilds of Africa and Asia were tucked, story untold,
into basement rooms. 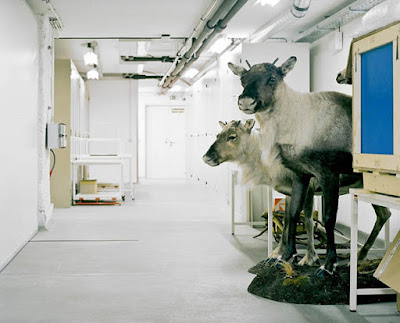 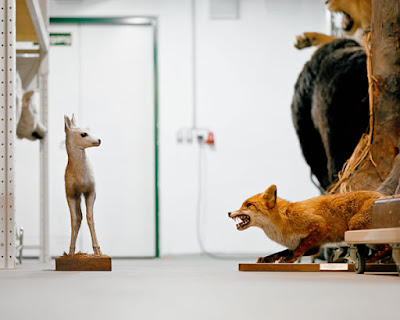 Through Pilcher's photographs, the objects have been given a new context. They are fantastic, haunting, educational: an argument for preservation. But they beg a more philosophical turn. There needs to be some thinking about how a unique, thriving creature could have met its end at our hand, and why.

In another museum, Socrates, long dead, is on trial again.

Scholars have long been stymied by the details that led to his death sentence, and they're about to publicly rehash the whole affair. His first trial took place in Athens in 400 B.C.E. He was one of the greatest thinkers, teachers, and orators of all times, and lived in Athens, the world's foremost democratic citadel. His fellow citizens sentenced him to be executed. There had been no event, no crime per se. How could this have come to pass? The records, made fuzzy by the ambitions of those (Plato and Xenophon, foremost) who penned them, the differing interpretations of the philologists and historians who read them, and buffered by 2,000 years of competing interpretations, are not entirely reliable. But they do provide ample fodder for a debate.

Two days ago, the National Hellenic Museum in Chicago, IL called together cadre of "some of the country's foremost legal minds" including high profile lawyers and judges to give the trial another go. No word yet on the verdict, but we can quickly review the history while we wait.

The historic decision was made by 501 Athenian jurors (majority vote), no judge. They declared that Socrates should be executed, for "refusing to do reverence to the gods recognized by the city, and introducing other new divinities," and for "corrupting the youth." Recent interpretations hint of political intrigue - one of his star pupils turned out to be a horrifically violent enemy of democracy.

It was the accused's responsibility to defend himself. He was also allowed to cross examine the accusers. Socrates, the arguer to beat all arguers, gave them a run for their money. First, he deftly divided the accusers into two groups - the original accusers, and the unenviable sheep who had become convinced by them...you see where this is going.

The Socratic Method considers inquiry to be a lifelong process, a way of being. Gregory Vlastos, a Socrates scholar and professor of philosophy at Princeton, describes it as, "among the greatest achievements of humanity," that "calls not only for the highest degree of mental alertness of which anyone is capable" but also for "moral qualities of a high order: sincerity, humility, courage."  Law students are forewarned that it may be employed by their professors, and may result in frustration. It exposes beliefs and biases, and allows for multiple viewpoints to be held in equal standing. Greek scholars call it elenchus (inquiry, cross examination) and it leads, Socrates submitted, to moral reform. He chose to die rather than forego its benefits and kneel before a linear prosecution.

Before the ancient trial took place, Chaerephon, an old friend of Socrates', went to the Oracle at Delphi to inquire if anyone was wiser than Socrates. The answer was a resounding no. When this was relayed to Socrates, he decided to cross examine friends and acquaintances - politicians, craftsmen, poets, sophists - who believed he, or themselves, to be wise. In the end, he determined that he was wiser than all of them. His stated reason:

...the fact is that neither of us knows anything beautiful and good, but he thinks he does know when he doesn't, and I don't know and don't think I do: so I am wiser than he is by only this trifle, that what I do not know I don't think I do. (p. 427)

You see, says he, a wise man is one who knows he is not wise. We in the OpenScienceLab agree. And the Buddha agrees. So there really is no way out of that one.
Posted by armchairgalactic at 2:06 PM