Employees at the World Bank are spending hours of work time playing a new video game called Evoke. Set in the year 2020, the game's story follows the activities of a mysterious network of Africa’s best problem-solvers. Players are challenged to determine the inner workings of the Evoke world, form their own innovation networks, and develop radical new solutions to real-world development challenges. Content is relayed to players via an online graphic novel written by Emmy-award nominated producer Kiyash Monsef and drawn by Stan Lee motion comic guru Jacob Glaser. This is the game: 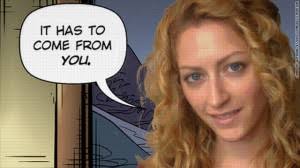 is the woman the World Bank's top executives hired to create it - futurist, game designer, and radical thinker Jane McGonigal.

McGonigal is one of those people who makes bearing life's usual stress load seem resoundingly ordinary. She suffered a traumatic brain injury. She was spiraling downward, in tremendous pain, and her brain essentially began telling her it was time to die. She crawled her way back to recovery by doing something extraordinary (of course) but simple: she made a game of it.

She is, at 35, one of the: "top 35 innovators changing the world through technology" (MIT Technology review), "Top Ten Innovators to Watch"(Business Week), "20 Most Inspiring Women in the World" (Oprah Magazine), and "Young Global Leader" (World Economic Forum). Clearly, she is hitting all targets - sociology, technology, economics, and the heartstrings of the populus.

In the introduction to McGonigal's new book, Reality is Broken: Why Games Make us Better and How They Can Change the World, Edward Castronova writes, "You can't pull millions of hours out of a society without creating an atmospheric event." McGonigal's goal is to do just that, by inserting gaming into museums, education programs, hospitals...every place that might need a shift in thinking about how to be more productive, environmentally sustainable, civic minded, globally conscious, happy. McGonigal doesn't claim games can solve all problems, and clearly states that when playing, game face doesn't cut it - you need to be invested and want a positive outcome if there is to be any chance of one.

First, she claims, we need to let go of lingering cultural biases about "lone-gaming." Up to 65% of gaming is now social, and research shows that gamers reach out for help more often, and are even more creative as a result of playing. They willingly tackle obstacles we normally try to avoid - like not being given any instructions, or not knowing what obstacles are going to emerge - by collaborating and innovating, and demonstrate increased computational thinking (problem solving, system designing, understanding of human behavior). Games provide a safe learning environment in which failing is an option, and creativity follows.

Everything in moderation, of course, though: McGonigal suggests 20 game-playing hours a week for each of us, and a mere 21 billion hours a week for the (technologically connected) world at large. It may be only one piece of the puzzle, but given that the global number of hours played per year is now over 160 billion, it seems worth acknowledging, and at least dipping into. It's collaborative innovation we're after in the OSLab, and the statistics are behind play as a major contributor. Hive mind of the best sort.
Posted by armchairgalactic at 9:39 PM