In the ancient Greek myth, Pygmalion sculpts a woman out of clay and desperately, achingly, wishes she could become real.

According to ancient poet Ovid's account, Pygmalion adores the marble-ish lady, compliments her, woos her with "shells and polished pebbles, little birds, lumps of amber..." and the goddess Aphrodite, who never passes up a good romantic scene, takes pity on him and brings her to life. (Our favorite pop culture find: the exact same beginnings - sculpting, hoping, Aphrodite -  brought Wonder Woman into the world). 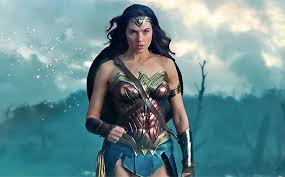 The most salient human chord struck in this storyline is each creator's ardent sense of conviction.  If you're someone who has ever had a dogged, tunnel-vision, passionate belief in your own creation, you know exactly what we mean.  Over thousands of years, it has morphed the name Pygmalion into a familiar trope of human folly and brilliant inventor's fuel.

Georges Melies (an old favorite of ours) poked a bit of fun at Pygmalion (and us?) in his 1898 trick film Pygmalion and Galatea, where the sculptor attempts to embrace his statue-love. The top half of her repeatedly disappears, leaving a skirt in the foreground as she materializes in another spot in the room and stands aloof, observing his frenzy.

When are our wild, all-consuming efforts at invention justified? Do we humans need the things we invent?

"Bodacious," Buzz Aldrin lobbed the descriptor at one of our era's most high profile and determined inventors.  Elon Musk had been chatting with him about Mars colonization over lunch, and Aldrin had concerns. The swarthy, historic (second human to set foot on the moon) ex-astronaut was fully in favor of Musk creating spacecraft that can transport humans to Mars, but worried that important details are being upstaged by the grand vision: he was skeptical of plans for what happens once they land. "You have got to live in something. You have to prepare for all of that." 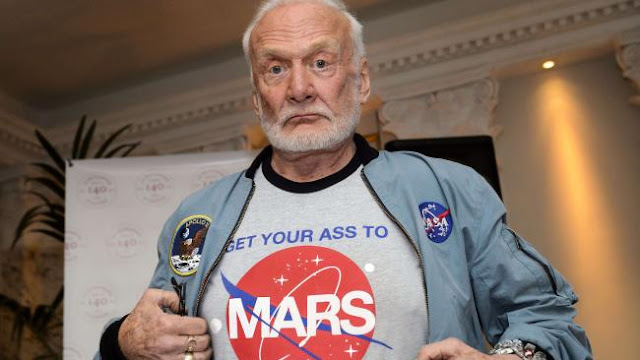 Aldrin's lens has been traditionally pragmatic, unglossed. When he and Neil Armstrong stepped down onto the moon in 1969, Armstrong uttered the famous “one small step” quote, but Aldrin's first words on this epic occasion?

At the root of his caution is a true impediment to Martian happiness: habitability.  Mars is ripe with potential, but there are also eons of radiation to contend with. About 3.5 billion years ago it may have been temperate, springs bubbling with surface water, but 90 percent of its atmosphere would have since been stripped away by solar particles. Present radiation levels on Mars could, for humans, cause cancer, mutations, infertility, and death. Astronauts on the ISS endure the same radiation as workers at a nuclear power plant, but the longest stint up there thus far has been just over 200 days. How would humans survive being bombarded with high energy solar particles, for the rest of their lives?

At the Planetary Science Vision 2050 Workshop in Feb-March 2017, Jim Green, NASA's Planetary Science Division Director, outlined a plan for deflecting solar energy particles by launching a gigantic "magnetic shield," an artificial magnetosphere that would encompass the entire planet, shielding it from solar wind and radiation. 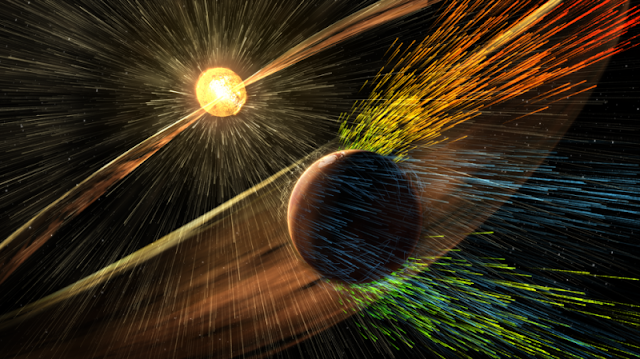 The shield, which we Labfolk have been picturing as a sort of galactic palapa, would ward off the Sun's rays while humans began the slow and steady work of making Mars into a real home. Green acknowledged the "fanciful" sound of the idea, but it is rooted in realtime science: NASA and researchers are presently working to create miniature magnetospheres to protect crews and spacecraft from radiation, which could inform the creation of a planet-sized shield.

Still, should we even be going to Mars? Or should we just stay home? 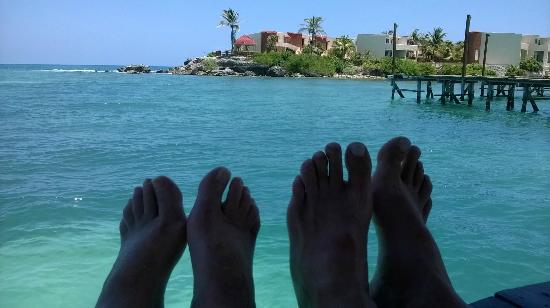 In any event, Earth may have its very own space palapa, you'll be happy to know. The wild space weather our Sun sends our way bombards our planet's atmosphere with high energy radiation. Low frequency radio waves emitted by certain human radio communications affect this radiation. The next step scientists are now undertaking is to determine how to manipulate the waves, and design a custom made energy shield that would give us the clout thus far reserved only for sci fi spacecraft and the Death Star. 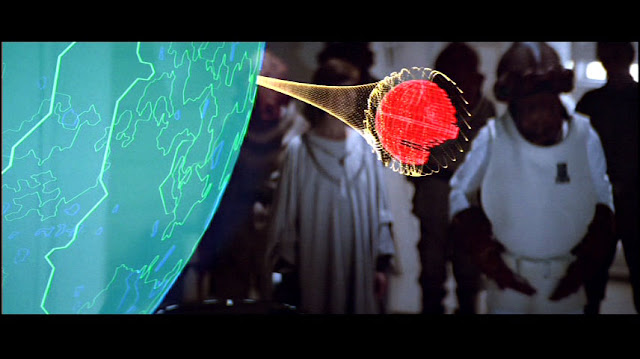 "Han will have that shield down."

The Lab loves a good palapa. If a science-savvy Pygmalion out there ends up being wildly driven enough to bring one to life we'll happily sit, safe from radiation, and listen to the (33.9 million miles) distant promise of liquid water lapping at the Martian shore.

For now, if you impatient humans need a Mars fix sooner than 2025 (we're with you!), here's your guide for when to see the red planet in the skies in 2017.


Posted by armchairgalactic at 1:08 PM