The "Insidious Nickel Stealer" in our midst

It was 1931, and colossal events were changing the face of the United States. Catastrophic drought and dust storms ushered in the Dust Bowl; the Great Depression raged; Dracula and Frankenstein (Bela Lugosi and Boris Karloff) terrified an entire nation from movie screens everywhere...


On a more positive but still-epic note, sci-fi icons William Shatner and Leonard Nimoy both entered the world - mere twinkles in soon-to-be-Trekkies' eyes. And, amidst it all, from small cigar shops, bowling alleys and back-room gaming parlors came a sound...
Clack, clack!
Sproing!
The populace was playing a shiny, new game. 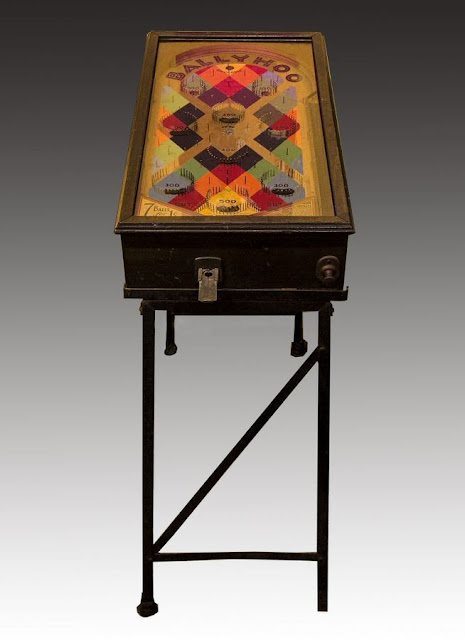 It was the simplest formula of fun + physics: lights, sounds, gravity, momentum, kinetic energy. Pinball captured the hearts of Americans as soon as it hit the scene, and was immediately viewed by churches and educational institutions as a menace to society, inviting school children to skip school and squander much-needed lunch money. Plus, this was no game of skill! Flippers wouldn't make an appearance until 1947, so with the exception of "nudging" - using hips and arms to tilt the machines - players had to leave the ball's direction to chance. The decree was that "chance = gambling." Gambling on games was rampant, with a range of tempting prizes including free games, gum, jewelry, fine china and of course, cash.

Law enforcement looked the other way (and also played fervently) until New York City Mayor Fiorello LaGuardia stepped in and made the “insidious nickel-stealers” his target, citing the games as a waste of time and materials during wartime (copper, aluminum and nickel would be put to better use as bullets). On January 21,1942, at his command, NYC police squads began their raids, confiscating over 2,000 machines, smashing them to bits with sledgehammers, and dumping them ceremoniously into the Hudson River. 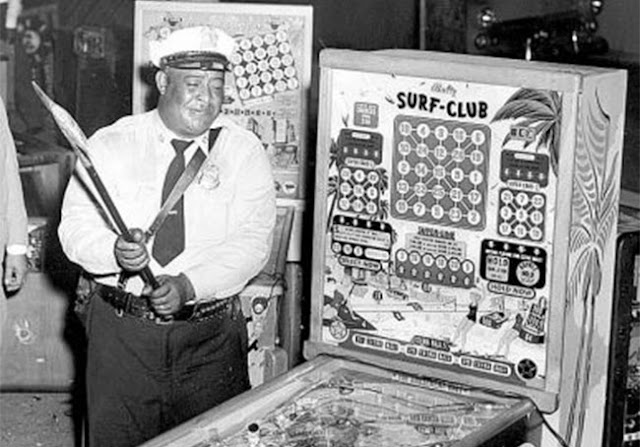 The pinball community did not take this lightly.

It took them a while to respond, however. Even by 1969, when The Who produced their rock opera album Tommy, featuring its Pinball Wizard, the "deaf, dumb and blind kid who sure plays a mean pinball," it was still considered an act of wild rebellion. 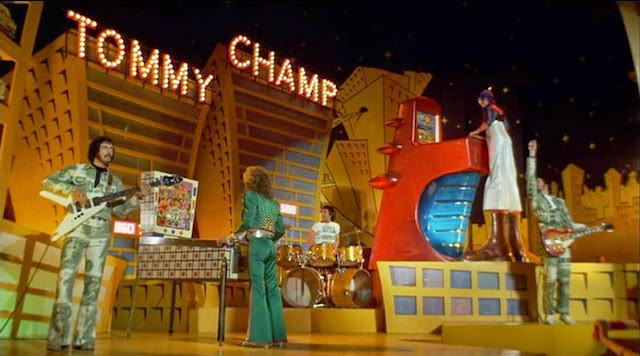 Finally, in 1976, the Amusement and Music Operators Association recruited journalist Roger Sharpe, one of the top players in the country, to show elected NYC officials and media members that the now-flippered game was, without a doubt, a game of true skill. 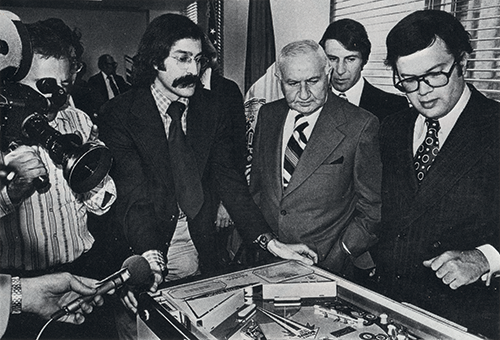 Roger Sharpe on the famous day in pinball history, surrounded by reporters

In a moment likened to Babe Ruth’s famous called shot, Sharpe's momentous pinball shot went exactly where he had predicted. “You could call it either skill or divine intervention, but the ball went down that lane,” Sharpe declared. The council overturned the ban, and pinball was again legal in the Big Apple.
---
In honor of this famous moment, we Lab folk are all about to head out to play all the pinball we can fit into one lunch hour...right outside our Lab door, in Chabot's new Art and Science of Pinball exhibit. All you pinheads* out there should come on up and join us.

*pinhead: term of endearment (at least how we mean it), indicating a pinball enthusiast.

For now, we'll leave you in good company, with some of pinball's famous fans:


Posted by armchairgalactic at 1:25 PM