In pinball, when you break the highest score or hit a jackpot, a deeply satisfying racket rings throughout the arcade for all others to hear, and extends the game beyond the machine. A shared experience has been created by sound. 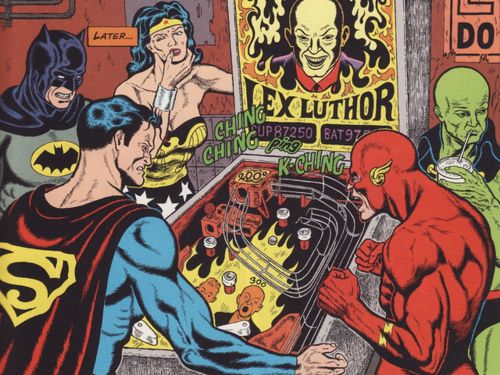 The sound effects of a game can often subtly affect our emotions as we watch or play. While we engage with our screen, board or "field," we can undergo a musically stimulated range of responses: exultation (we earned new weapons or points), fear (something's about to eat us), or epic fury (we died a "Nooo! I was on the highest level!!!" death).

According to Dr. Robert Zatorre of the Montreal Neurological Institute, if you've played a game before you might even feel "euphoria" and "craving" before an expected event happens.  In early 2013, Dr. Zatorre used neuroimaging to track the release of the pleasure-related neurotransmitter dopamine in participants' brains. First, he played a popular song for them. Then, when they were about to hear the highly anticipated chorus section, he watched for the release of dopamine. Sure enough, it appeared just as the thrill of their favorite part came on.  Some video games even have music timed to the same beat as the average human heart rate, to make a person feel "one with the game."

If you are of a certain era, your introduction to pinball may have been through psychedelic imagery brought to you by Sesame Street, accompanied by the funk beat and harmony of the Pointer Sisters': "1, 2, 3, 4, 5..."

The idea was that if children responded positively to the upbeat sound, it would render them more receptive to learning their numbers. Who wouldn't be, if numbers felt and sounded like that?

Music provokes emotional responses in part because it affects many areas of the brain. As a result, Neurologic music therapy is increasingly used as a tool to  help people regain motor skills, speech, and increase psychological health. 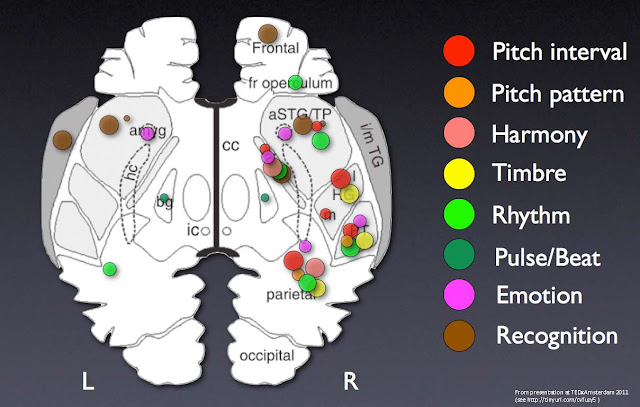 Music is a powerhouse prescription. It can change our perspective, influence how we experience a situation, help us heal, help us learn. Manipulation, in a beautiful form.


And for the final word on today's post, William Congreve, from his poem Mourning Bride:

Musick has Charms to sooth a savage Breast,
To soften Rocks, or bend a knotted Oak.
I've read, that things inanimate have mov'd,
And, as with living Souls, have been inform'd,
By Magick Numbers and persuasive Sound.


If you want to hear the magical sounds of pinball yourselves, come on up to Chabot for the Art and Science of Pinball exhibit. Make haste, gamers - only one week left!
~
Posted by armchairgalactic at 6:34 PM